Introduced in 2007 and tested by four top-level arbiters, the DGT 2010 chess clock was announced as the official World Chess Federation clock in 2008.

The DGT 2010 is the successor of the DGT 2000 – the world’s best-selling digital chess clock, selling over 250 000 units worldwide. It offers 14 different timing methods, from the traditional blitz game of 5 minutes to the “bonus” settings in which every move attracts an extra 3 seconds of thinking time. The clock has a larger display than other chess clocks to display more information and it is easy to program.

The clock comes with a two-year guarantee. Batteries included. 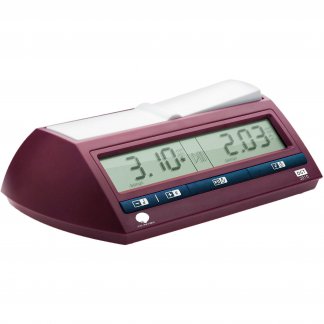 2022 Tshwane Team Clothing Orders Open: Clothing orders will close on Sunday 25 September at 17:00 and will only be delivered in the last week of November 2022. Dismiss