4 Player Chess Board with Bag

Four-way chess is a version of chess with four players and consists of a special board and four sets of differently colored pieces. Four-player chess is played according to the same basic rules as two-player chess with some variations in rules.

This four-player set comes with a roll-up board, four sets pieces, and a chess bag. 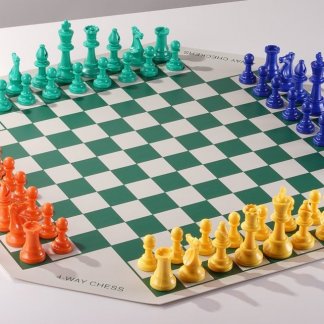